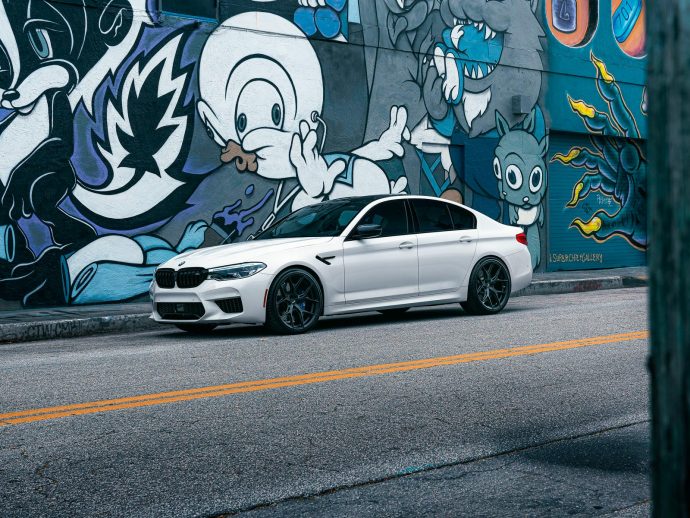 All last more than 30 years of somebody thinks about fast sedan, he can’t avoid minds about BMW M5. And how we think about last generation of M5 in body F90. At this moment it’s still fresh enough model.

BMW has a lot of traditions. And even if we talk about tuning – here are traditions. Big white sedan with a lot black body elements. Tinted windows, roof, grills, wheels. And what tuning can now be without suspension lowering? When designers paint their sketches, they always paint prototypes with big wheels and lowered figment. So all these modifications are simple back to pure designer’s ideas.

And in any case we may remember that BMW 5 is from beginning beautiful car. It has a design that will not be outdated even in 10 years.

And beside style all BMW are assembled qualitative. So their interior can be in a good conditions even after thousands of miles. Luxury car it’s already for a long time about a lot of modern technologies. But pretty and qualitative materials are still present.

Yes, BMW as all luxury brands has some problems with reliability of their engines. And if you are thinking about Lexus now, just don’t forget than Lexus isn’t and newer was a pure luxury car. Everybody around know that you drive more expensive Toyota… 🙂

But let’s back to BMW’s engines. Present engines of B-series are great again. There are fixed almost all problems that made a brain’s pain for their owners on a previous engines generation. N-series of engines really was not good. But not these engines are already in the past.

By the way, brand new Toyota GR Supra has B58 engine too. And Toyota will not use not so reliable engine. Even in a car based on BMW. 🙂

But people bought a lot of BMW even with not so good previous engines. And the main reason is that in complex BMW makes a great cars. And if car presents you a pleasure from driving – you will buy it! Especially if you lease car. In any case you will not have any problems. Second and followed owners? Probably.

If we talk about reliability we may remember than often manufacturers recommendations about maintenance often are a little wrong. Much more mechanisms need service and they need it much more often.

So, car isn’t guilty in a humans decisions. Because if car will have a service – it will serve to it’s owner thousands of miles.

Now we can meet BMW M5 with 1000hp. For example with mods from Evolve. And even with such power they drive. Engine, AWD,… Auto transmission can present to it’s owner some surprise. Bu it’s 1000hp! Tranny needs modifications too! 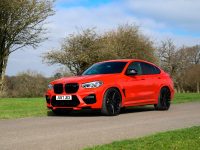 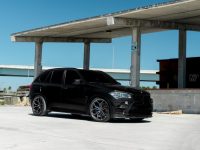