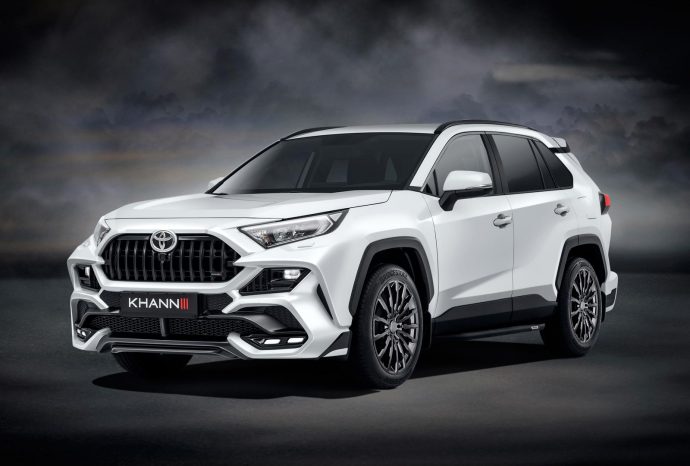 Toyota RAV4. Popular and reliable but no more?

Toyota RAV4 from jerk in 1990ths transformed into popular SUV now. Crossovers became more popular for last 25 years. Almost nobody is waiting from them wins off roads. And it’s God given Toyota. But what is RAV4 as a car in real? Let’s talk about it.

If you even a little interesting of cars, you had to hear all these things about Toyota… All cars from Toyota have near worse brakes in the world. Beside new GR Supra, because it’s BMW and BMW have great brakes. All cars from Toyota have boring handling. You drive your Camry or RAV4 and don’t feel any emotions from it. You simply drive where you need. With children to their school, to your working place, etc. Almost all present Toyotas doesn’t have any dynamic. These cars and SUVs are really far from drag racing. And else many similar things. And it’s all pure truth.

But what do you need from car in real? Toyota makes cars with boring handling, without any dynamic, with stupid entertainment system. But design is really angry. When you are looking on some Camry, you are thinking about at least 300-400 hp under hood, but not about hybrid. And the same is with Corolla, especially with GR Sport label. But no. It means only more aggressive design, this label and a little better handling. But engine is the same! After this “good news” every car enthusiast turns around and goes away.

Car enthusiast turns around and goes away, but millions of people buy these cars and most of them are at least satisfied by their choice. They are sitting an new car with angry design and hybrid under hood. Not fast and powerful, but with low fuel appetite.

And if you are thinking that your Toyota has not angry enough design, you can buy body kit from Khann, as on all these pictures. Your 1.8 or 2.0 liter hybrid with all this tuning and 4 exhaust pipes will look amazing.

And in the same moment, present Toyota already is not reliable as 20-30 years ago, but a little more reliable than other present cars. This will be noted by people who do not want to spend a lot of money. By the way, in many countries all this reliability is more valuable that power and emotions.

A lot of the people are living in cities. Every day they spend some their time in traffic. And in such situation it doesn’t care how fast your car can accelerate if you need 10-20 minutes to drive 1 mile. Yes, you can go to canyons, if you are in California, find similar road in other place or simply go to racing track. But you may remember, that almost all cars don’t have handling close to BMW and don’t give emotions similar to fast BMW. And often even basic 320i will not give to it’s driver needed.

I mean that universal cars for all possible situation simply don’t exist. Usually you need some practice car for everyday. Optionally it can be fast enough and luxury inside car, if you need it. Like BMW X5. And for pure pleasure you need different car. Maybe some BMW, maybe some old school modified car. But in the same moment you can have Toyota RAV4 too.

A lot of people don’t need even some luxury inside. Some driver’s assistants or CarPlay are more needed than some cool leather upholstery. So, RAV4 it’s not cool. But why not? If you will need a little more… A little… Tuning for your Toyota RAV4 can help you. At least such body kit. 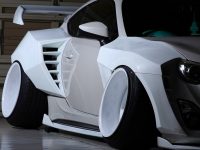